Rad stays rad. A few ideas are timeless. Stoner is Brant Bjork (guitar/vocals), Nick Oliveri (bass/vocals) and Ryan Gut (drums), and from flowing jams to all-out punker blasts, they know what they’re doing. It ain’t anybody’s first time at the dance, and you don’t call your band Stoner if you’ve never heard the word before. Stoner, however straight-ahead their moniker, encompass varied styles and the songwriting of Bjork and Oliveri – both founders of Kyuss, also Mondo Generator, Ché, Fu Manchu, Bloodcot, and more between them. Atop the classic-style swing and flow from Gut (also of Bjork’s solo band), Stoner keep it casual and wear the name as only those who helped create the sound could.

Hailing from the west of Norway, the four-piece Slomosa have been making waves across borders. Based out of Bergen, Norway the band has coined their own genre – Tundra Rock – drawing their influences from the bands of the 90’s rock scenes. Inspired by bands such as Kyuss, Queens of the Stone Age and Sleep, their music is both heavy and groovy at the same time, with raw vocals and thunderous guitars, topped with catchy hooks. Since their start the band has built up a solid reputation as a live band, with their energetic and loud live shows.

In October 2019 their first single „Horses“ was released on all platforms, to much acclaim. Their two following singles – There is Nothing New Under the Sun and In My Mind’s Desert – further contributed to the band’s growing hype, with Spotify listing their music on their official Stoner Rock playlist. Both singles further showcased Slomosa’s unique ability to merge heavy riffs with „poppy“ songwriting, catching the attention of music fans all over the world.

In August 2020 the band released their much anticipated self-titled debut album, to great applaud and top reviews. Regional newspaper Bergens Tidende’s reviewer gave the record a full score and called the album „a beast of a debut album“. Metal Hammer UK gave the album an 8 out of 10 score, writing „Slomosa is a spellbinding listen crammed with catchy hooks and guitar heroics that recall Josh Homme during the glory days of Kyuss“.  Spotify listed the album’s second song „Kevin“ on eight of their biggest rock playlists, making the band’s music reach out to over 2.5 million listeners all over the world and the band’s stature to further grow. Amassing a staggering 90 000 monthly listeners and over a million plays in the wake of their debut album’s release, the band’s quick rise has raised eyebrows at home and abroad. 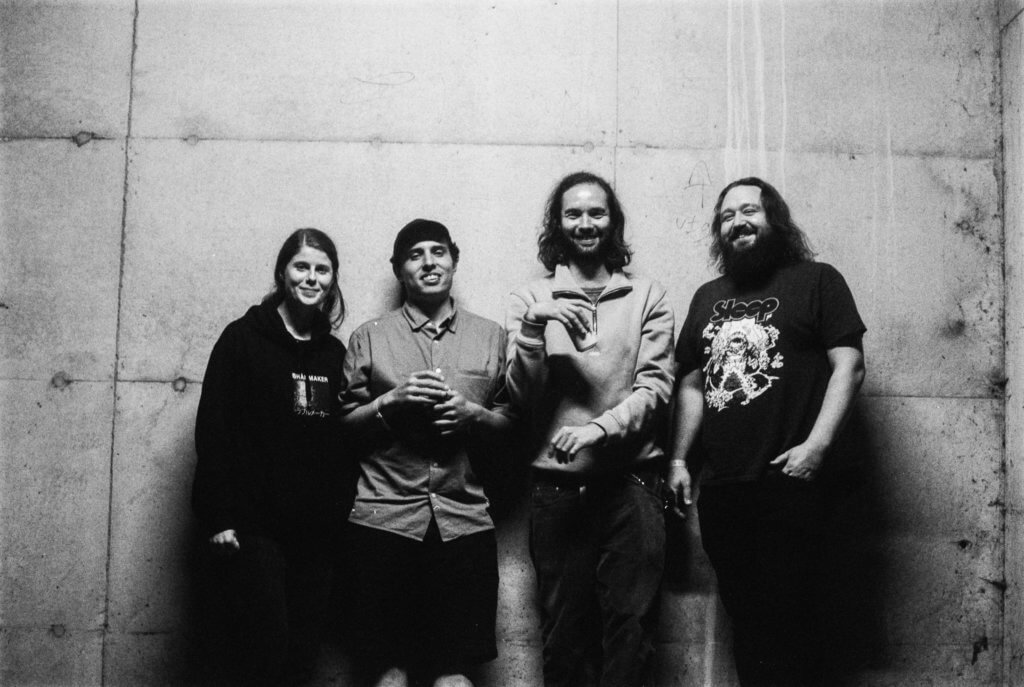