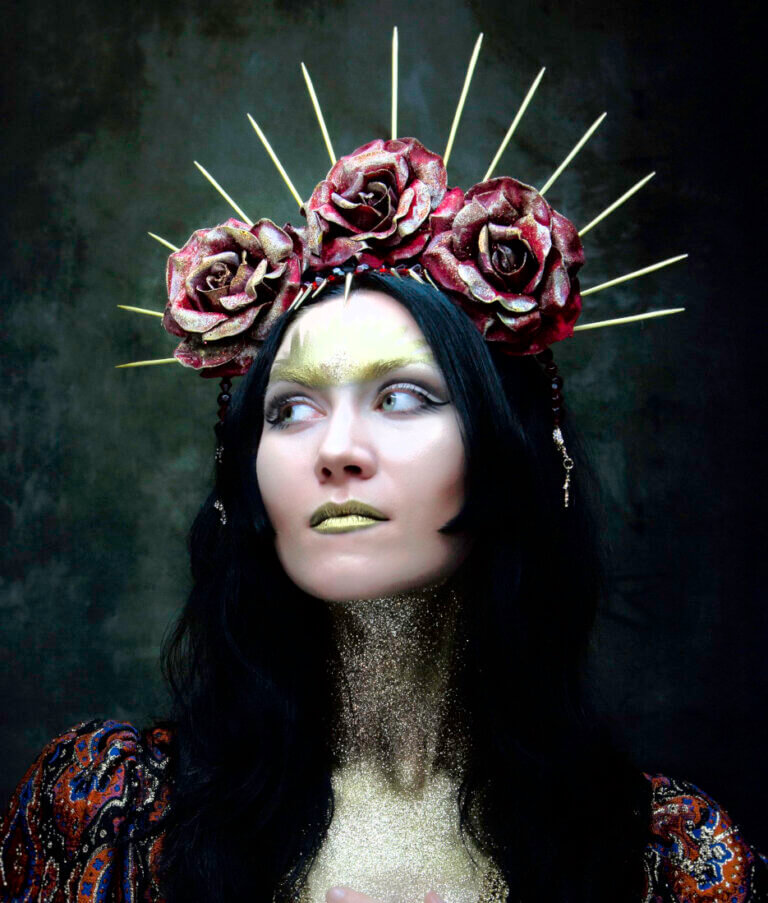 Ever since her critically acclaimed former band Purson played their final gig in late 2016, singer, songwriter and multi-instrumentalist Rosalie Cunningham has been working on solo material for her debut album. Across eight genre-spanning tracks, fans heard the incredible progression in both style and substance. With psychedelic roots still firmly in place, her music is still chock full of the drama and performance that typified her previous work, alongside an evolution in her song writing craft; her debut album shows off the growth as a writer in the past two years. Once again in her burgeoning career Rosalie has proven she can thrive in multiple universes, accomplish any genre she chooses and grow as a musician and songwriter with every song she writes.
Honours for Rosalie’s debut album:
“A personal and powerful album from one of the scene’s most vivid performers” – PROG Magazine
“A cohesive masterpiece” – BUZZ
“A full-on psyche out” – Powerplay
“Come and join the danse macabre” – Louder Than War
PROG Magazine #3 Album Of The Year 2019
Planet Rock Radio Album Of The Week (Phil Alexander Show)